Custom Nifty Nic is a 2002 AQHA mare by Custom Crome  and out of Brennas Nifty Nic by Brennas Kid. Custom Nifty Nic was a versatile mare that has been in the winner’s circle in both the NRHA Open and NRHA Non-Pro Divisions. This gorgeous 2002 AQHA mare has been an exceptional reining show horse and is now well on her way to proving that she is an outstanding broodmare. Her sire, Custom Crome, is an NRHA Open Futurity Champion and her dam is a the daughter of Brennas Kid, an NRHA Open Futurity Champion. Caballo Rojo Ranch was proud to have her for all of her show career and the majority of her breeding career. Custom Nifty Nic was sold to Silver Spurs Equine in 2014, yet we still have a number of her foals at the ranch.

Custom Nifty Nic’s win record was very impressive and includes some of the following wins: 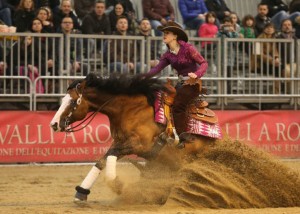 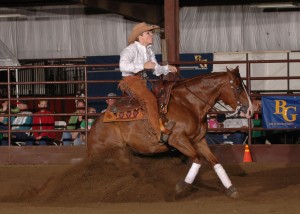 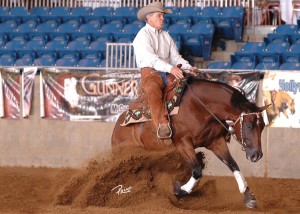 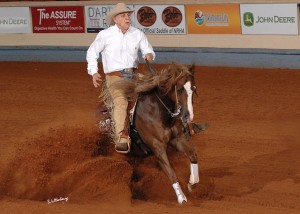