Niftys Rock Star’s win record in the reining horse arena has been impressive so far and includes some of the following wins: 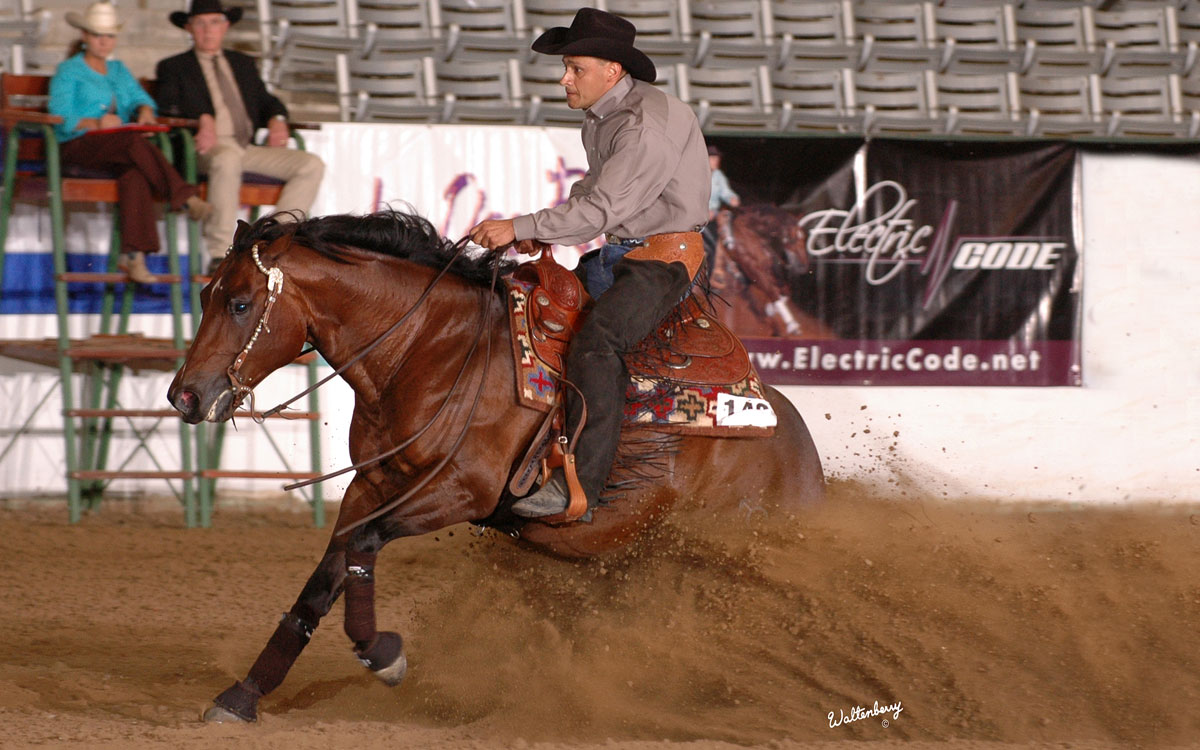